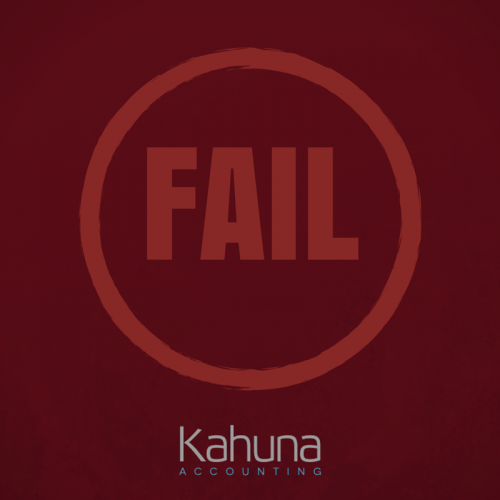 Embarrassment, The Success Butcherer: Why Fear of Failure is NOT your Biggest Barrier

Sven Eriksson famously once said “The greatest barrier to success is the fear of failure.”

Regardless of how many times I see this on social media or quoted by someone I know, I can’t shake the feeling that it’s completely wrong.

To be fair to Sven, the former soccer player and current manager who is credited with this quote, fear plays a big role in our lives and influences many of our decisions. But, I argue that the fear of failure is not the single greatest barrier to success.

I’ve long ditched the fear of failing. In fact, I’ve embraced it. I celebrate my failures like badges of honor. However, ditching my fear of failure hasn’t gotten me any closer to success than the days of a decade ago where I may have been more afraid of failing than excited about success.

Before you scoff at this notion or argue that your outgoing nature means you feel no embarrassment, take a deep breath. Let me explain why I think that embarrassment, and not the fear of failure, is the biggest roadblock to success.

Have you ever seen an episode of the show Hoarders? For eight seasons, people who fill their houses and apartments and have been struggling to accept the help they need to change their lives and clean their houses because of…wait for it…embarrassment. They haven’t gotten the help they needed because of the fear of revealing their current situation.

This scenario happens in businesses around the world. Have you ever kept a shoebox of financial documents, an email inbox with 500 unread messages, or avoided asking an employee or fellow business owner how to do a simple task that you should probably know how to do?

Businesses fail because they run out of money. They run out of money because they aren’t earning enough profits. They aren’t earning enough profits because something (if not many things) went wrong in the processes of the business that wasn’t properly addressed or change was avoided — which is often the product of embarrassment.

Don’t let embarrassment hold you back from growing. Look inside your business, and inside your head, to uncover what you may be hesitant to reveal to others. Open the doors to what you’re hoarding, because only then can you address the situation to improve it.