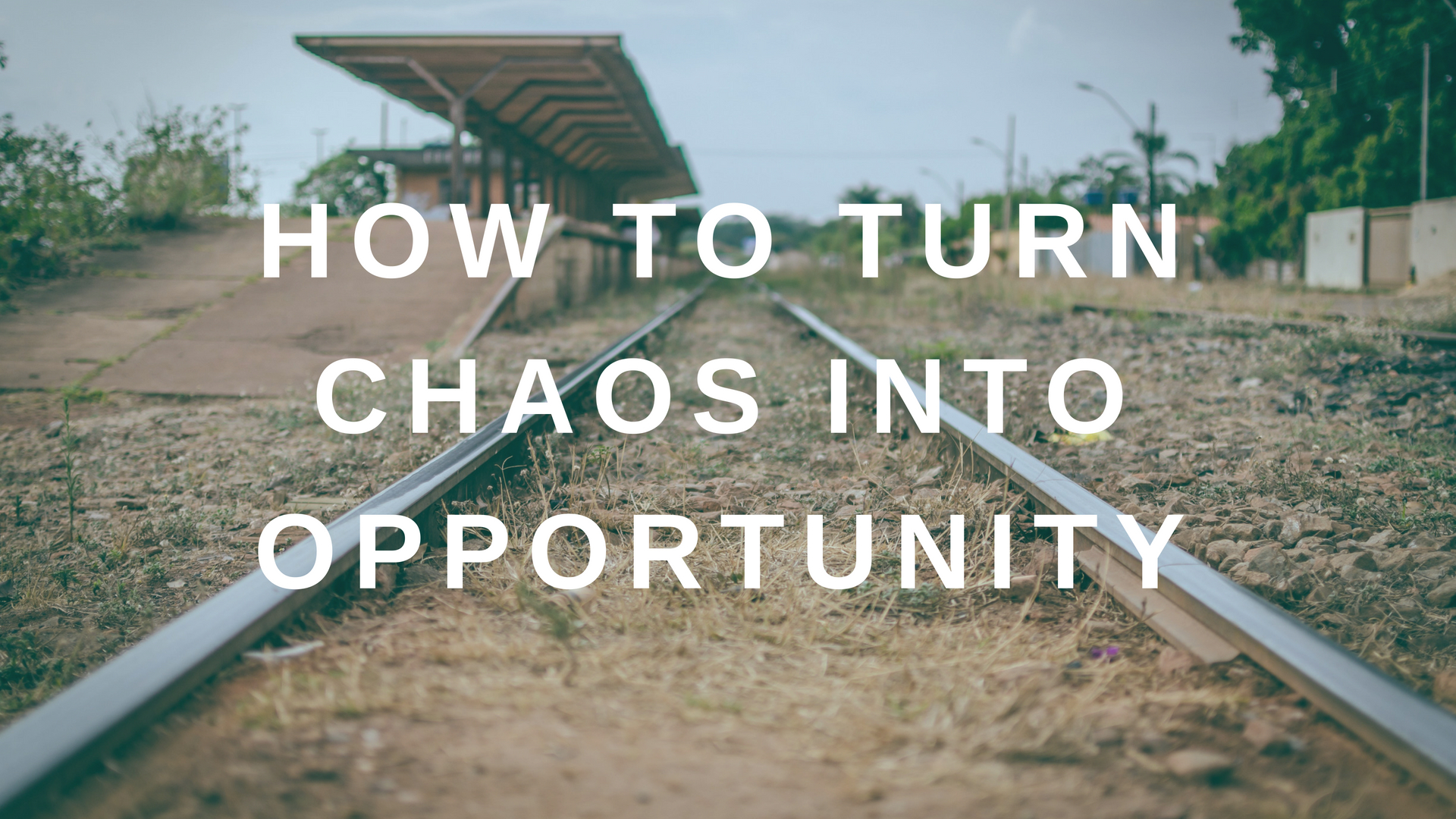 How to Turn Chaos into Opportunity

Surf-Titude- In life, there are really only waves of challenges and opportunities. Both have the power to wipe you out or give you a tremendous ride. The only difference is in your approach.

Don’t Just Follow The Path of Others…Create Your Own

Allow the plan of your life to unfold.

Most people do not live their life with purpose, nor do they live their life on purpose. One day turns into the next with only weekends and a few holidays to break up the routine. One day spins into another, becoming a week, then a month, then a year. Before you know it, you’re locked on a path you never intended to follow and 20 years have passed. You find yourself on a paycheck-to-paycheck path with no end in sight.

Deep into the 20th century and all history before it, time moved at crock-pot speed. Now early into the 21st century, we are moving at microwave speed and it continues to accelerate. The availability of new information mixed with the speed of processing combined with rapid communication all feeds and build on each other. This further builds and intensifies the waves of change in a “perfect storm” like convergence. We used to be able to sip and savor information. In our hyper-information age, we are drinking from the fire hydrant.

From the early 1900’s to now, you can see the tremendous waves of change forever destroying the previous landscape. The horse and buggy industry passed away with the birth of automobile and Henry Ford’s assembly line process to make cars for the masses. The automotive industry adapted and grew through tremendous innovation and change in the last 100 years. Imagine what the next 100 will bring!

Thomas Alva Edison invented the phonograph in 1877. The first medium for recordings was cylindrical. The sound was audible but scratchy and hollow. From there we went to thick vinyl records and a turntable cranked by hand. This later made way to three-speed turntables for the three sizes of records. This progressed into eight-track tapes then reel-to-reel recording for the sophisticated sound system. Next came regular cassette tapes moving on to high capacity tapes, which then moved aside for CDs. We now have MP3s and devices like the IPOD® with new technology giving birth to even better storage and higher quality formats.

If you do not like change, imagine what it was like for the top executives in any of the industries made obsolete by the new technology. Opportunity is born out of change. New technology and new industries are created out of the ashes of what came before.

Chaos or Opportunity? It’s All in Your Perspective

It takes a bit of perspective to see change as good and useful. Forest fires are destructive and pose a significant risk for loss of life and property, but they’re necessary as part of nature’s cycle to rejuvenate itself. When a wooded area gets overgrown with dead underbrush, a fire clears it, and the ashes replenish the soil to promote new growth.

Outsourcing is a force in business today, for good or ill, depending on your perspective. It’s been tremendous for the temporary help industry and for niche businesses designed to do one thing better than anyone else. If however, you have a job outsourced to another company or country, it is somewhat difficult to see the upside.

My friend Mary has had four different jobs with four different titles and four different business cards yet she only accepted one job offer, has not quit and has not been fired. Richard, a former bank president friend of mine, worked for three different banks with three different business cards without ever quitting or being fired. I know several others, in industries as varied as convenience store chains and radio stations, who have worked for three or more different companies without ever being fired or quitting. How is this possible? If you have not already guessed, it is because of mergers and acquisitions. Business changes daily, sometimes hourly. This forced change, like most waves, brings both chaos and opportunity.

My father worked as a salesperson for the same company for more than 15 years. They were locked in a bitter rivalry with a large competitor—who later acquired his company. I will never forget one day at the breakfast table, watching him stare at his new business card with his name under the logo of his arch-enemy. It was sobering to watch my dad adjust to his new reality. Is the change in your life chaos, or opportunity?

It all depends on your perspective.

This post is an excerpt from the book Carpe Aqualis! written by Kahuna Business Group’s Founder/ CEO Frank F. Lunn.